Why Money Matters, Especially for Women 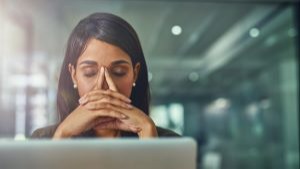 I have read that the Guna Yala tribe in Panama’s San Blas Islands once used coconuts for currency.

Not so much? Wait for a coconut to fall…but watch your head!

For the ancient Mayans, it was cacao beans, the principal ingredient in chocolate.

For the chocoholics among us, this could prove a dangerous addiction.

We now spend much of our time and energy in pursuit of dollars, euros, or another formal currency.

Why do we do this?

Because money is the middleman. Money is what I need to get what I need.

In and of themselves, cheap metal coins and paper bills have no real value. Yet we have embraced the collective madness that these bits of metal and paper mean something...and that we need a lot of them to purchase the things that do have value.

Money helps people access better healthcare, education, careers, travel, housing, childcare, and more. It gives us choices about how and where we live and how we spend our time and talent. We’re able to support causes that are important to us.

According to Federal Reserve Bank of St. Louis, the wealth distribution in the United States is as follows:[1] (this is less than 100% due to rounding.)

Public outcry tends to focus on the top, but in their defense, I don’t want to live in a world that tells me I can’t climb Mt. Everest if I want to.

Neither do I want to live in a world where half of my countrymen are living in poverty.

This disparity is the subject of ongoing heated debate.

In January of 2020, CNBC summarized the results of an Oxfam International study. The gender component of wealth was striking.

According to the study, men hold 50% more wealth than women worldwide…and the 22 richest men in the world hold the same wealth as all the women in Africa.[2]

Gender based economic inequity isn’t only a problem in Africa, though.

The New York Times recently announced a $24 million settlement in favor of the U.S. Women’s Soccer team. This organization, which has won four World Cups, had to fight for equal pay and working conditions as the men’s team.[3]

In the United States of America.

If the most accomplished and elite women among us are still fighting this battle, what about those of more modest means? What about the single mom with a lower level of education, earnings, and access to resources and opportunities?

She won’t get her share of a $24 million settlement because she’s part of that bottom 50% that holds 1% of the wealth.

Yet it isn’t all socio-economic gloom and doom for women. McKinsey & Company reports that women in the U.S. control a third of household assets, or $10.9 trillion. [4]

Baby boomers are expected to hold $30 trillion in wealth by 2030. Since women tend to live longer, McKinsey predicts that much of that wealth will transfer to baby boomer women.

This massive shift is occurring within households that already have wealth. But is there hope for the rest?

McKinsey reports that younger women are becoming more financially savvy, are making investment decisions and in some cases, are the breadwinners.

Forty-four percent of the companies polled have three or more women in their C-suites. This leaves much room for improvement, but it’s progress.

As a woman and a mother, I have joyfully watched my teenage daughters benefit from my education, paid employment, and career success.

My husband also champions them (and me). As a Hispanic immigrant, he has chosen to reject the gender-based limitations of the past. In cheering for the women in his life, Gonzalo’s life is also better.

On Tuesday, March 8, 2022, we will celebrate International Women’s Day. Their website inspires us to:

Imagine a gender equal world. A world free of bias, stereotypes, and discrimination. A world that’s diverse, equitable, and inclusive. A world where difference is valued and celebrated. Together we can forge women’s equality.

That sounds like a wonderful world for all of us to live in, not just women.

My overall theme is that money matters, especially for women and others who have historically had unequal access to it.

For International Women’s Day, let’s pause to appreciate and celebrate the wonderful women in our lives. Let’s recognize the progress we’ve made.

But let’s not rest until economic equality is the real deal for everyone.