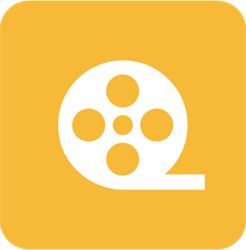 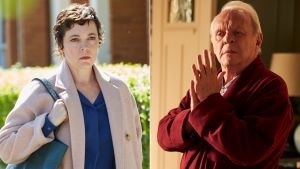 December is a time for many things: various religious holidays, Kansas basketball to set my heart up for inevitable disappointment in March, and part 3 in my 4-part series of films that have fatherhood as a principal element. I clearly planned this poorly as we ramp up the drama over the course of the series at a time when nobody wants more drama, but here we are to take a closer look at The Father (2020, dir. Florian Zeller).

The film is based off Zeller’s original play Le Pére. It is the story of Anthony (Sir Anthony Hopkins), an elderly man with a habit for chasing off caregivers hired for him by his daughter Anne (Olivia Colman). What follows is an initially confusing group of similar looking people whose names are sometimes different and scenery that changes but remains the same, all in an attempt to capture the feeling of dementia from the perspective of the sufferer.

Since my own father has been suffering some form of dementia for several years, this was not an easy watch for me. However, I found it to be a remarkably kind and soberingly accurate portrayal of the disease that I often refer to as the only disease more painful for those who do not have it. This film would argue the other side of that point as we see Hopkins’ Anthony, in a stunning performance that is both commanding and helpless at the same time, seem to realize he is completely cognizant of what is going on only a portion of the time but unable to be certain which times they are. We get to see the frustration of Colman’s Anne as she tries to balance what is right for her father and for herself when those interests seem to be diametrically opposed. We see how new characters to Anthony’s world react to it – from his most recent caregiver (Imogen Poots), his either current or former son-in-law (Rufus Sewell), and two characters that may or may not be real (Olivia Williams and Mark Gatiss). Far too often, those struggling with dementia are unaware that anything is wrong. It is only by portraying it as Zeller has done here from both within and without can we fully appreciate that dichotomy.

If you, like me, have dealt with this subject in a family member, it will likely feel very personal to watch on screen. In my case, while it was hard to get past the familiarity of the storyline, once I was able to, I found extreme empathy in ways I did not expect. I have always felt empathy for my father and his condition and for my mother who is around him daily, but I am not sure I ever understood why or how I felt it. This film, in many ways, elucidates those answers in a way I never thought possible. Quite simply, it is a remarkable cinematic achievement to accomplish that simply with great writing and superb acting. In doing so, the viewer experience for this film is both powerful in its personalness and cathartic in its exploration of a subject from an innovative vantage point.

FUN FACT – The 2021 Academy Awards broadcast took the extremely rare chance to move Best Actor to the end of the ceremony, where Best Picture is virtually always awarded. This was because the entire world (including the show’s producers) believed Chadwick Boseman would win, giving the final image of the telecast to his wife for an emotional acceptance speech. Anthony Hopkins won instead for The Father, which was news to Hopkins until the following morning as he had stayed home in Wales and gone to bed already.

Just Watch says that The Father is streaming on Starz, DirecTV, and Spectrum. It is also available for purchase on several platforms, including Amazon, YouTube, and Redbox.