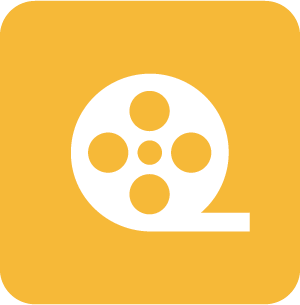 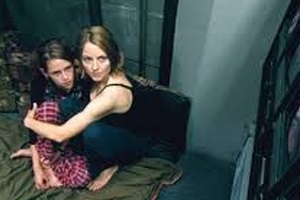 A genre that I have completely avoided thus far has been horror. It feels like we read about enough horror in the world on a daily basis that choosing a film from that genre might cut my readership down to 3 (from its undoubtedly significant current numbers of roughly 7). This movie is NOT a horror movie but it sort of bends ever so slightly in that direction and lands in the thriller category in my mind. However, it is too appropriate in our current climate of isolation and quarantine to avoid reviewing Panic Room (2002, dir. David Fincher).

Panic Room is the story of Meg Altman (Jodie Foster) and her daughter Sarah (Kristen Stewart). Meg is recently divorced and looking to buy a new place in New York City. The house she ends up buying has a state of the art panic room in it – featuring closed circuit TV, separate phone line, emergency supplies, etc. As it turns out, the previous owner of the place recently passed away, leaving a fortune in a secure location within the house. Three men (Jared Leto, Forest Whitaker, and Dwight Yoakam) show up to rob the place without realizing Meg and Sarah have already moved in. This creates a very tense standoff as, predictably, Meg and Sarah end up in the panic room designed to keep people out with the robbers intent to get in.

While some of the acting is not what you might call amazing – Leto in particular is a wholly unbelievable human being – it never gets in the way of the tension as we get to follow two groups of people trying to problem solve their way out of the situation. Meg and Sarah need to stay safe and keep the men out – but they also need to let someone know what is going on if the men are successful in getting in. The robbers keep trying to find relatively quiet ways to get in, get their loot, and get out of there. They have varying degrees of concern about the well being of their human obstacles, which leads to some struggles about the best way to get them to come out of the panic room voluntarily.

David Fincher always creates incredible visuals in his films and this is no exception (the opening credits in particular are a stunning visual display). He also manages to keep the balance between tension and release as we build to the inevitable showdown. The majority of the film is a lovely mix of plan of action, audience tenses, action occurs and something unexpected happens, audience relaxes, repeat.

I love Panic Room for the ride, even if it has some bumps along the way. If you can handle some tension in your life these days (or find it cathartic to watch), it’s a great movie to watch with your significant other as one of you will likely be clutching the other at various points in the film.

FUN FACT – Nicole Kidman was original cast to play Meg but broke some ribs filming Moulin Rouge and had to drop out. She ends up playing the only-heard-on-the-telephone role of Meg’s ex-husband’s new flame.

Just Watch says you can stream Panic Room on Fubo, Starz or Showtime. You can also rent or buy it from all of the major places.