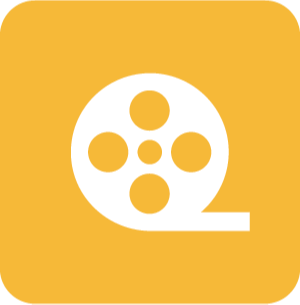 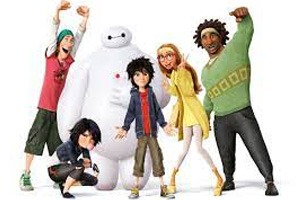 I have been watching a fair amount of coverage of Hurricane Ian the past day or so, and much of the footage has been about heroes running into rising water to save dogs or cats. At the same time, I have been thinking about the simplicity of childhood. My brain works in weird ways and those two diverse thoughts converged when it came time to choose this month’s movie. So here is some information on Big Hero 6.

Big Hero 6 is set in the futuristic world of San Fransokyo, where Hiro Hamada (voiced by Ryan Potter) is a 14-year-old robotics prodigy. His older brother Tadashi (Daniel Henney) introduces him to his latest invention: Baymax (Scott Adsit), a healthcare robot that adjusts its care to your needs through a complex series of sensory inputs and artificial intelligence such that it grows with its patient. Hiro is working on a project with microbots that can be programmed to transform into any shape. Tadashi soon dies in an accidental fire, which leaves an unfinished Baymax with Hiro as the only remaining memento of his brother. Meanwhile, someone has stolen the microbot technology and is attempting to weaponize them. Hiro join’s forces with Tadashi’s friends and fellow students to find the culprit behind the stolen technology and stop them before they start a war.

This film surprised me. I had heard of it but knew little about it, so I went in with no expectations. It is from Disney animation studios, which had frankly fallen behind Pixar and even DreamWorks in the world of animated film. This is a significant move in the right direction for Disney. It feels a lot like an animated, college-aged Avengers movie in all the best ways. I dare you not to immediately fall in love with Baymax while watching this movie. It is fitting that it feels that way as it is based on a Marvel comic book, which means you also get a delightful Stan Lee cameo in a post-credits scene.

In addition to all the standard aspects of a Disney film (underdogs overcoming obstacles, wholesome humor that works for kids and adults, and pushing through some tearjerker moments to fully deliver at the climax), you also get so much more. The voice acting is first rate, particularly from Adsit and Potter. It is no small feat to be able to give a fully formed character without the use of your own face and body to help tell the story, but the entire cast soars in this department. The villain (who I cannot name lest I ruin the journey for you) turns out to have such a reasonable cause for what he is doing that you get into that wonderful territory of understanding him while at the same time recognizing he has gone too far in his actions. And, if you do not feel a strong urge to high five someone like Hiro and Baymax at some point after seeing this…then I do not know how to help you as a person. Enjoy life more.

Some Disney films get a little bit too hung up in the world and focus less on the characters. Some Disney films feel much more geared towards children than adults. Some seem too cowardly to deliver the emotional punch you feel the story deserves. Big Hero 6 suffers from none of these issues. It sets up a great premise, takes you on a full emotional journey, and delivers on every aspect of it. Give it a shot even if you think Disney has not made a great film since the ‘90s. This one absolutely qualifies as great.

FUN FACT – When the characters go to the police station in the second part of the film, you can see Hans from Frozen on the wall under “Most Wanted.”

﻿Just Watch says that Big Hero 6 is streaming on Disney+. It is also available to rent or buy on most platforms, including AppleTV, Redbox, and Amazon Prime.