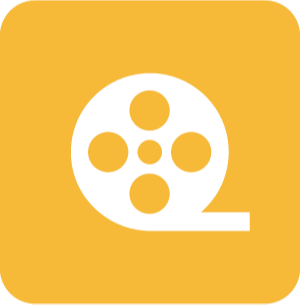 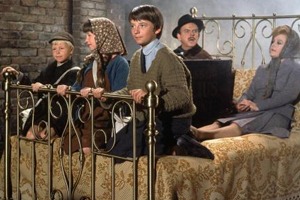 Acting legend Angela Lansbury passed away about a month ago. Most people who know her probably know her from either Murder, She Wrote or as the voice of Mrs. Potts in Beauty and the Beast. My childhood was a little bit different, so I always associated her with a different film – and it is the one I watched again on the night of her passing – Bedknobs and Broomsticks (1971, dir. Robert Stevenson).

Bedknobs and Broomsticks tells the story of Eglantine Price (Lansbury), who is an apprentice witch in WW2 era England. Due to the war, children are evacuated from London to live in the safer suburb of Pepperidge Eye. Three such children are sent to live with Miss Price. They discover she is a witch and, to keep them quiet, she agrees to give the youngest child a traveling spell that brings them to London to chase down Professor Emelius Browne (David Tomlinson). He is the headmaster of the Correspondence College of Witchcraft – basically a fraudulent school where Miss Price is training. The traveling spell also takes them to the animated island of Naboombu. Eventually the war makes its way to Pepperidge Eye and Miss Price and her spells help to turn back that German army and win the war.

There is so much fun to be had in this film. As a young child, I could not possibly have been more entertained by the soccer match in Naboombu or the magically animated suits of armor in the films conclusion. As an adult, I am equally enchanted by the amazing performances and depth from Lansbury and Tomlinson, as well as the wonderful music from the Sherman Brothers (whose slightly more famous musical film is Mary Poppins, which also features Tomlinson as Mr. Banks).

It has many of the same trappings as Mary Poppins. It is set in England. It features a sequence with humans interacting with an animated world. It has similar sounding music including nonsense words made into very catchy tunes. I find Bedknobs to be the superior film in terms of fun and personal nostalgia, though I would certainly understand anyone with the opposite inclination.

You are not going to see remarkable dramatic performances or seamless technical marvels (clearly 1971 technology does not look quite as good today), but for a wistful trip back to the days when movies purely set out to entertain and did not worry about silly things like plot holes or logic – why, for example, would these admittedly nonsense gibberish spells work for Miss Price? Who cares? She is magic. Move on. – you could do a lot worse than Bedknobs and Broomsticks.

FUN FACT – The film was restored in 1996 when some lost footage was found, including the addition of a missing song (“A Step in the Right Direction”) which is heard in the overture for the original version though the song did not make the original final cut. This restoration was a massive task that involved re-recording some segments 25 years after the fact and piecing together long shot sequences based exclusively on stills from the film shoot.

Just Watch says that Bedknobs and Broomsticks is streaming on Disney+. It is also available to rent or buy on most platforms, including AppleTV, Redbox, and Amazon Prime.