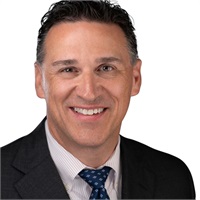 William joined Prosperity in the summer of 2009 after spending 9 years at Smith Barney in Kansas City.  William has over 30 years of investment experience beginning in 1987 when he became Series 7 and 63 registered.  Understanding the importance of financial planning, William earned the CERTIFIED FINANCIAL PLANNER™ designation in 1993 from the College of Financial Planning and The Chartered Financial Consultant (ChFC®) designation in 2001 from the American College.  Also in 2001 he completed requirements for the Series 65 and Series 31 securities registrations.  In 2003, William earned the Chartered Mutual Fund Counselor (CMFC) designation from the College of Financial Planning, and in 2017, William completed work to earn the Accredited Investment Fiduciary (AIF®) certification.

William attended the University of Kansas where he served as a Student Senator and Chairman of University Affairs in 1984 and the President of the Student Body in 1985.  He graduated with a Bachelor of Arts Degree in Political Science in 1986.

William has previously served on the Board of Directors of Ozanam and the Executive Board of the Boy Scouts within the Heart of America Council.   He has also supported financially the Boys and Girls Clubs of Kansas and Caring Cetera.